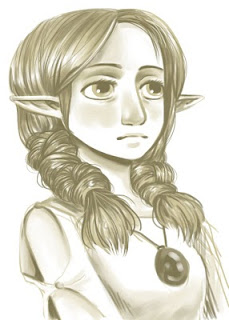 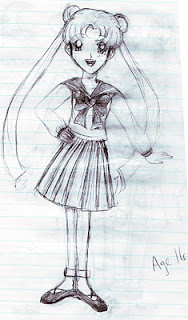 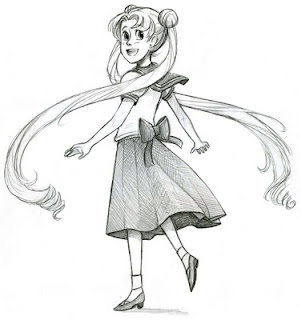 I drew the first three images in a sketchbook I started when I was 12. It's filled with drawing of cartoons I watched at the time, Pokemon, Dragon Ball, and Sailor Moon. Shortly after I drew the first image I somehow misplaced the book and it was lost somewhere in the depths of my closet. After two years of collecting dust, I found it again and decided to see if my drawing had improved any. So I re-drew Sailor Moon. Again I laid the book aside for two years, found it again, and repeated the process. After that it went missing for a very long time. It was only in the past year or so that I rediscovered my sketchbook and decided I'd draw Sailor Moon one more time. Though I also decided on some better quality paper. 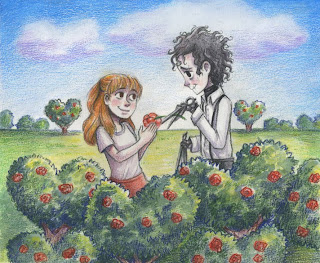 My contribution to the Scissorhands 20th tribute blog.

watercolor and colored pencils
Posted by Courtney at 12:30 PM No comments: 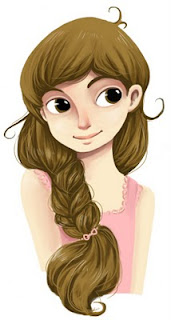 Experimenting some more with a no-lines approach.
Posted by Courtney at 12:49 PM 10 comments: